Hello, my name is Leigh Ann Prieto. I am from Hialeah, Florida. I came to Houston when I was 8 years old. I have been with Spring ISD since 2004. My first year I worked at Ponderosa Elementary as a Pre-K/Kinder bilingual aide. I transfered to Burchett Elementary when the school opened in 2005 working in the workroom. Then in 2006, I was promoted to be their receptionist. I was in that position from August 2006 - February 2018. Now, I am the principal’s secretary here at Anderson. I really enjoy working here and being a part of the Anderson Gator Family.

I have been married for 21 years to my husband and we have 2 GREAT children. My son is 26 and has graduated from Texas A&M University Kingsville as a Natural Gas Engineer with a minor in math. My daughter is 20 and is starting her 3rd year of college this year at Texas A&M University Kingsville and is studying Kinesiology/PPT (Pre-Physical Therapy). We also have a sweet 8 year old maltese named Boston that we love very much!

I love road trips, listening to music, spending time with my family and watching Hallmark movies.

My name is Rhonda Bonwell and this is my second year as an Anderson Gator and fourth year in Spring ISD. I came to Anderson as a substitute teacher, then was hired as the Campus Textbook Coordinator, and I am currently the Receptionist. I spent 8 years teaching pre-K in a private school and 3 years as a substitute in Spring ISD elementary schools. I am currently working on my degree in Business Administration with a focus on Human Resources and plan to graduate in the spring of 2021.

I have been married for 16 years to my super supportive husband and we have 3 amazing children. Austin is 15, in the 10th grade at The Woodlands College Park High School and active in the Marine Corps JROTC. Alexander is 12, starting the 7th grade at Knox Jr. High, and plays 1st, 3rd and center field for his year-around select baseball team. Emma Grace is 11, in the 6th grade at Collins Intermediate, and plays the clarinet in her school band. We are also the parents to a 7 year old, 80lb yellow lab/boxer mix who swears she’s a lap dog and has us all wrapped around her giant paw. In my spare time, I enjoy reading, fishing, and road trips with my family.

I am looking forward to another great year with our wonderful Anderson Gators and our incredible Front Office Team!

Hello! My name is Renita Corpus. I have been working at Anderson Elementary since 2007. For 2 years, I was a substitute Special Education aide. In 2009, I was hired on as a Pre-K aide and then went back into the Special Education department to work with children with Autism. It was an amazing experience that lasted for 7 years, until I became the textbook coordinator. I was the textbook coordinator for 2 years and this year I became the SIMS Clerk.

I have been married for 31 years. My “Gator” status began in 1995, when my oldest daughter, Brittany, started kindergarten at Anderson. Then my daughter Courtney started kindergarten in 1998, followed by my youngest daughter, Tiffany, in 2003. During those years, I spent many hours volunteering and being a Homeroom Mom. All of my daughters went on to become graduates of Spring High School. My family also includes 4 dogs. One is very special to me because in 2012, I rescued him from underneath one of our portable buildings here at Anderson, where he was found starving and freezing. Of course, I had to name him Gator.

In my spare time, I love to spend time with my family, go camping, take road trips, and spend time outdoors enjoying nature or being anywhere near water. I am looking forward to a great year! 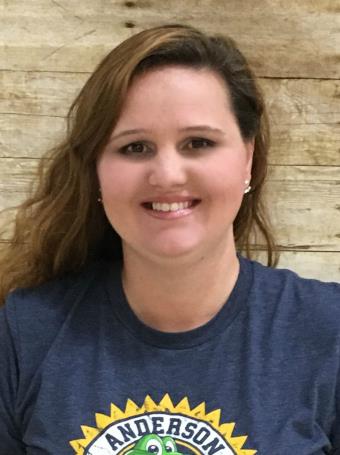 Hello, my name is Andrea Bienek (pronounced Ben-ick). I was born in Salt Lake City, Utah. I moved here my senior year in 1994 and graduated from Klein High School.

I have been a substitute teacher for Spring ISD working mostly at Anderson Elementary for 4 years, this is my 2nd year in the front office. I am so excited to be a part of a wonderful school!

Hi there Anderson Gators. My name is Blanca Casillas and this is my first official year here. Last year I worked with the CASE classroom for the last two months of the school year as a para. This year I will be working as a Textbook Coordinator and also assisting in the front office. I am looking forward to this brand new school year and serving our community. 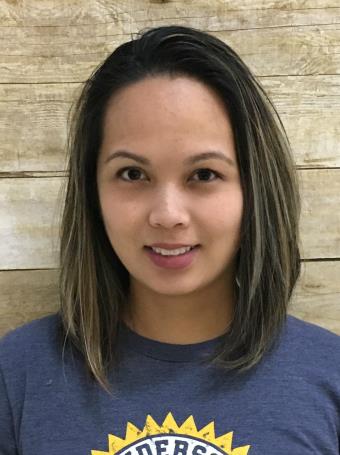 My name is Jemma Gundayao. I went to nursing school, obtained my practical nursing license and started practicing nursing in Omaha, Nebraska in 2003. I moved to Spring, Texas in 2005. My past nursing experience includes: psych, geriatric care & rehabilitation, neurology, musculoskeletal and sleep diagnostics, OB/GYN and family practice. I am married and we have 3 children, ages 19, 14 and 9. They all attended/attend school in our district.

Since I was born and raised in Guam, I am in love with nature (especially beaches) and outdoor activities. I also enjoy creating, writing, trail running, working out, Brazilian Jiu Jitsu and traveling with my family. It has been my pleasure to work as Anderson Elementary's school nurse for the past six years. My role here is rewarding and I very much enjoy working with your children and being a part of this community. I'm looking forward to a safe and healthy school year!

Hello my name is Kate Hinz. This is my third year at Anderson. I am excited to be working in the workroom area this year. The previous two years here I worked as a pre-K aide. Before Anderson, I worked at Carl Wunsche Senior High School in the Early Learning Academy. I have been with the district since 2011. I am also a proud Spring alumni.

I am excited to see what this year brings working with returning teachers and new teachers. When I’m not at work, I enjoy hanging out with my niece Evelyn Rose and nephew Ethan Michael and my sister and her husband. I also enjoy spending  time with my best friend Heather and my grandmother. When not working or spending time with family and friends, I enjoy serving in my local church. This is going to be an amazing year. Go Gators!