Spring ISD to Dedicate its New Veterans Memorial on Dec. 4, 2019 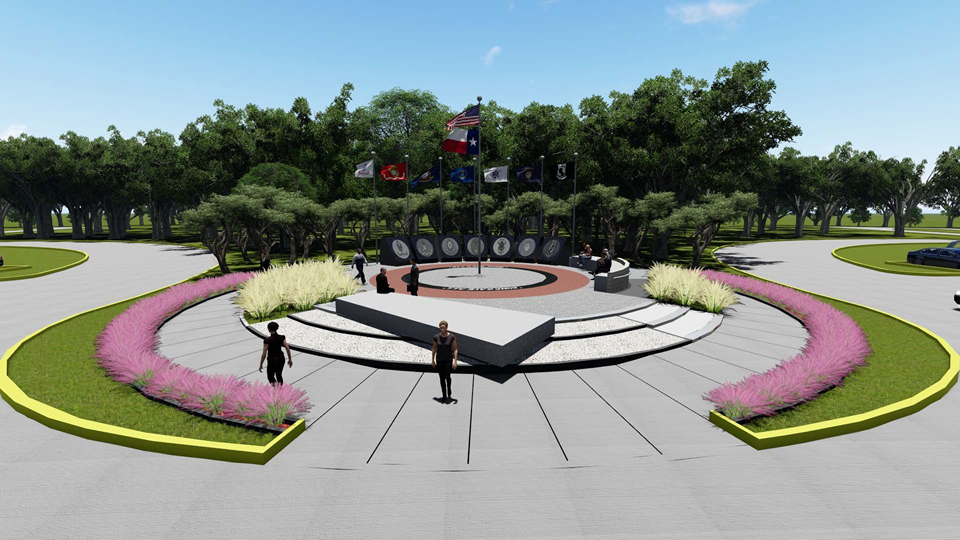 Spring ISD will host a special ceremony to dedicate its new Veterans Memorial at 10 a.m. Wednesday, Dec. 4, in an event that will include participation from the district’s JROTC program and is open to all community members, especially veterans.

The memorial was designed and built as part of the district’s 2016 bond program to commemorate those who have served and is located on the site of the Planet Ford Stadium, 23802 Cypresswood Drive.

It features a circular monolith design with contemplative bench seating. Flags representing all the services - Army, Marine Corps, Navy, Air Force, Coast Guard, as well as the Merchant Marine, embrace the site. Another flag, the POW/MIA, pays tribute to those who have gone missing or were prisoners of war.

“We’re very proud to be able to have a memorial like this within our Spring community,” said Navy Captain James Boyer, director of Spring High School JROTC. “We are looking forward to unveiling the monument during a ceremony that will highlight the contributions of all of our service members. The event is student-driven and will include readings and the raising of all the flags that will have a permanent home there.”

In addition, the event program will include a live performance of Taps.

The memorial project was spearheaded by the Board of Trustees, who wanted to create a special space for the entire community to remember veterans. Trustees Chris Bell and Donald Davis were active in the design process with input from Captain Boyer and community members, under the guidance of IDG Architects.

“This will be a very special ceremony,” said Spring ISD Superintendent Rodney E. Watson. “As a school district, we’re honored to be able to remember our service members with this memorial, which will be a place of tribute to these brave men and women.”