For more than 35 years, the Spring ISD Board of Trustees has upheld a proud tradition of recognizing students and staff for major accomplishments beyond the district with Points of Pride awards. The board planned to present several of these awards during its March 2020 meeting, but social distancing requirements forced them to postpone those public ceremonies. This special edition Points of Pride newsletter features the board’s most recent award recipients.

Larkin received the award during the NBCA convention earlier this semester in Atlanta, where she also attended culinary school at the Art Institute of Atlanta.

The Philadelphia-based NBCA, founded to support and celebrate the work of African American chefs and culinary professionals across the country, honored Chef Larkin for her dedicated work with students at Spring High School, as well as for contributions she has made through her own businesses.

“I’ve always had that passion to train and educate,” Larkin said during a recent interview. “I’ve always loved to teach.”

For Chef Larkin, beginning her teaching career also meant coming home. She is a Spring High School graduate, who went on to attend culinary school and work professionally as a chef and caterer before returning to Spring ISD to teach in the CTE culinary arts pathway approximately seven years ago.

“I'm abundantly blessed to still do what I love and give back to where it all started,” she said. 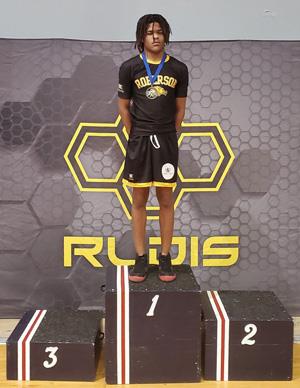 After winning the second place team trophy at the Houston Area Middle School Wrestling Championship earlier in January – along with several individual awards – the Roberson Middle School Wrestling Team wrapped up its 2019-20 season by participating in the state wrestling championship event in Lewisville. With more than 670 wrestlers from around Texas competing in the event, the Roberson students managed to take home four individual medals, including Grant’s first place finish in his weight class.

The Roberson team – founded six years ago by Coach Ernest Webb and supported by its volunteer coaches and parent booster club – is currently the only wrestling team in the district and regularly competes against larger programs hailing from both public and private schools across the region.

“I call my kids trailblazers, because before them, there were none,” said Webb, who added that wrestling at Roberson would not be possible without the support the program has received from community members and area organizations like the J.J. Watt Foundation, which has provided uniforms and equipment for the team.

“God has really blessed us to have the opportunity to compete on that level,” Webb said.

For the talented swimmer, who trains with Spring High School science teacher and swim coach Michael Hernandez, it was an impressive repeat performance and yet another chance to demonstrate his skills in the water at the state meet. This was Lowe’s second year in a row to take first and second place, respectively, in the same two events.

Lowe has been an active member of the Spring Swim Team since his freshman year, when he first made it into the top 35 on a list of fastest swims ever recorded by 14-year-olds in the U.S., joining the ranks of a number of former Olympians. Already recruited by dozens of college swim teams around the country as an underclassman, Lowe this spring officially announced his commitment to swim for University of Louisville after graduation. 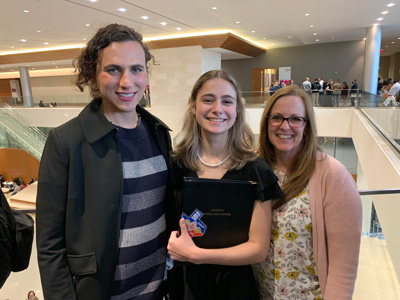 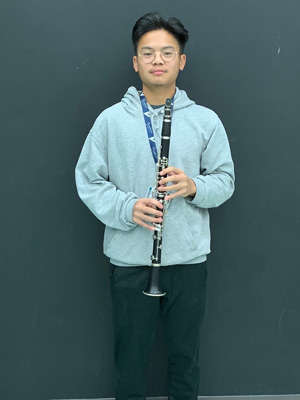 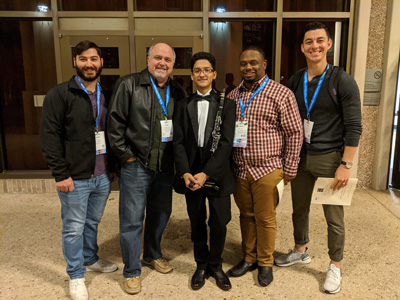 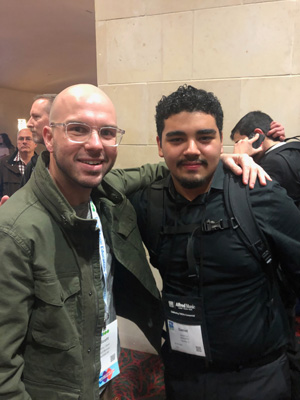 “These student musicians are truly the best of the best in the state of Texas,” said Spring ISD Director of Performing and Visual Arts Dr. Joe Clark after returning from this year’s convention. “We are incredibly proud of all their outstanding work. Congratulations to the students, their directors, and their campus programs!”

Edquist, Fernando, Hernandez and Cruz each began the All-State audition process as just one of more than 70,000 high school students across the state vying for a coveted spot in just 15 ensembles, including bands, orchestras and choirs. The competitive audition process involves judging and elimination rounds at the District, Region and Area levels. With only the top 2.5 percent of musicians ultimately making it into the ensembles, All-State is the highest individual honor a Texas music student can receive.

All four students knew going in how tough the competition could be, not least because they had all been through the process before in previous years – and been selected. According to Assistant Director of Performing and Visual Arts David Landgrebe, it is an accomplishment that requires an ongoing commitment to craft, artistry and hard work.

“It's very difficult to make it once and even more difficult to qualify in two consecutive years,” Landgrebe said. “We are so proud of these musicians!”