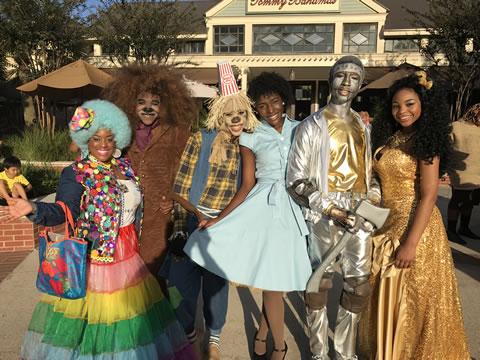 Since its inception in 2002 the Tommy Tune Awards program has become the largest celebration of High School Musical Theatre in Houston. The annual awards ceremony sponsored by Theatre Under the Stars recognizes the excellence of high school students and teachers throughout the Houston metropolitan area. After evaluating the 45 participating Houston-area high school productions, a team of Houston-based theater professionals nominated 165-plus participants in 15 award categories.

Westfield High School’s “The Wiz” received 10 nominations out of 15 categories:

The "Tony-style" televised event will be held at 7 p.m. on April 18 at The Hobby Center for the Performing Arts and will feature Dontrevion Young, Cullen Dyer, Brett Mills and Divina Ito, as well as the full cast of “The Wiz” performing in the best overall production category. In addition, Brianna Wyatt and Justice Jackson will perform in the opening and closing numbers. The winners of each category will be announced during the ceremony.

An updated retelling of L. Frank Baum’s classic 1900 novel “The Wonderful Wizard of Oz,” the musical – which has been a mainstay for many years with school and community theater groups – also plays a role of its own in the history of American theater, being an important modern example of a large-scale, all-black Broadway musical. The Mustang Players and the Westfield High School Theatre Department presented the musical in October and November 2016 in the Westfield High School Performing Arts Center.

For more information and tickets to the 14th Annual Tommy Tune Awards call 713-558-8887 or visit www.tuts.com/about/tommy-tune-awards.