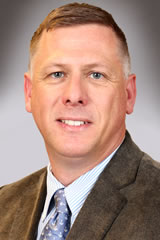 HOUSTON - March 28, 2017 - Gary Hutton was announced as Spring Independent School District’s Executive Director of Planning and Construction. In the role he will lead and direct all of the district facilities planning and construction, including cost-effective design and delivery management of all the projects that were included in the recent voter-approved $330 million bond.

A native of South Africa, Hutton studied architecture at Technikon Natal, now known as Durban University of Technology. After graduating, he worked in the construction industry in South Africa for several years before relocating to the United States. Since beginning his career stateside, he has worked on more than 25 new facilities and a host of renovation projects.

In 2000, he joined SHW Group Architects, as a project manager where he was responsible for the management for various educational projects and facilities. He used that to catapult into a role with several Houston-area school districts. Since 2005, he has held roles in Humble ISD and Tomball ISD.