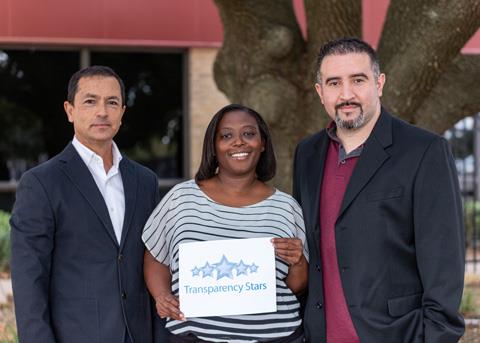 “By providing meaningful financial data in addition to visual tools and analysis of its revenues and expenditures, Spring ISD has shown a true commitment to Texas taxpayers. This effort achieves the goals set by my office’s Transparency Stars program,” Hegar said in a press release. “I am pleased to award Spring ISD a star for its accomplishments.”

Spring ISD received a Transparency Star in the category of Traditional Finances, which recognizes entities for their outstanding efforts in making their spending and revenue information available. Specifically, the award spotlights entities that, in addition to making important financial documents easily accessible, also offer additional materials such as fiscal summaries, visualizations and charts, downloadable data and other helpful resources.

“We’re honored to receive this award from Comptroller Hegar in recognition of all the district’s work to communicate openly and honestly with our community,” said Chief Financial Officer Ann Westbrooks. “As a district, we’ve made a commitment to being a trusted source of information for the people we serve, and the Transparency Star is a great acknowledgement of those efforts.”

“Having been tasked with gathering and submitting the necessary data for the Transparency Star Award, I took great pride in being able to showcase the district’s financial transparency,” Kennedy said. “As a parent, taxpayer and employee of Spring ISD, I feel it is extremely important our community knows how the district spends their tax dollars.”

The Transparency Stars program was launched in 2016 to recognize cities, counties and school districts making strides toward greater openness in their financial reporting. After earning the initial star for Traditional Finances, other stars can also be earned in areas such as Contracts and Procurement, Economic Development and Debt Obligations. For more information on the program, visit the Comptroller’s Transparency Stars website.