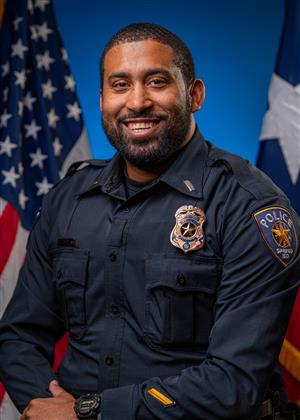 While serving as a Detective, he completed his bachelor’s degree in Criminal Justice from Sam Houston State University in December 2017. As a detective, he completed training such as Basic Investigation Techniques, Wicklander, and Zulawski Interview Techniques, Reid Interview & and Interrogation Techniques, Crime Scene Reconstruction I and II, and many other investigative techniques courses. In 2018 he transferred to the Executive Division of the Montgomery County Sheriff’s Office as the Full-Time Law Enforcement Chaplain. As Chaplain, he led the Critical Incident Response Team and responded to any Critical Incidents in the Department. While serving as Chaplain, he received Chaplaincy training at the International Conference of Police Chaplains. He also received training as a Mental Health Peace Officer.

In 2020, he joined the Spring ISD Police Department as a Patrol Officer. He assisted on the COVID-19 Task Force for Spring ISD PD/Emergency Management & School Safety Team.

He will be graduating from the Leadership Command College at SHSU Bill Blackwood LEMIT February 2023.